Home From Scratch Cooking 2 Ways to Render Fat for Soapmaking

Have you ever wanted to learn to render fat but thought it was too hard? I have found two easy ways to render fat, whether you save it from cooking or get it from the butcher.

Rendering fat serves to "clean" the fat of meat, tendons, blood, and other particulates. Rending fat also removes most of the odor, unless you want hamburger grease smelling soap? Yeah, I don't.

Here are my two ways to render fat:

Many folks will argue bacon fat is too good for making soap and should be used for cooking instead. However, I prefer butter to saute veggies over bacon fat, so my bacon fat becomes soap. I also get fat that I skim off the top when I make my amazing Homemade Beef Broth.

Ok, so you have cooked some amazing bacon and have a pan full of fat. What to do with it? 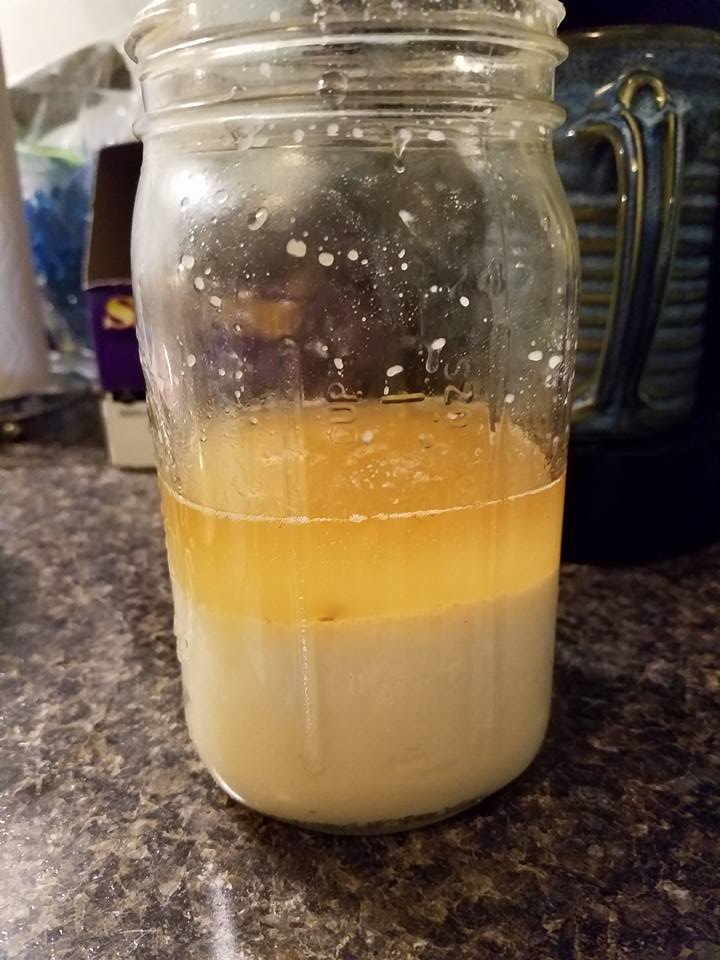 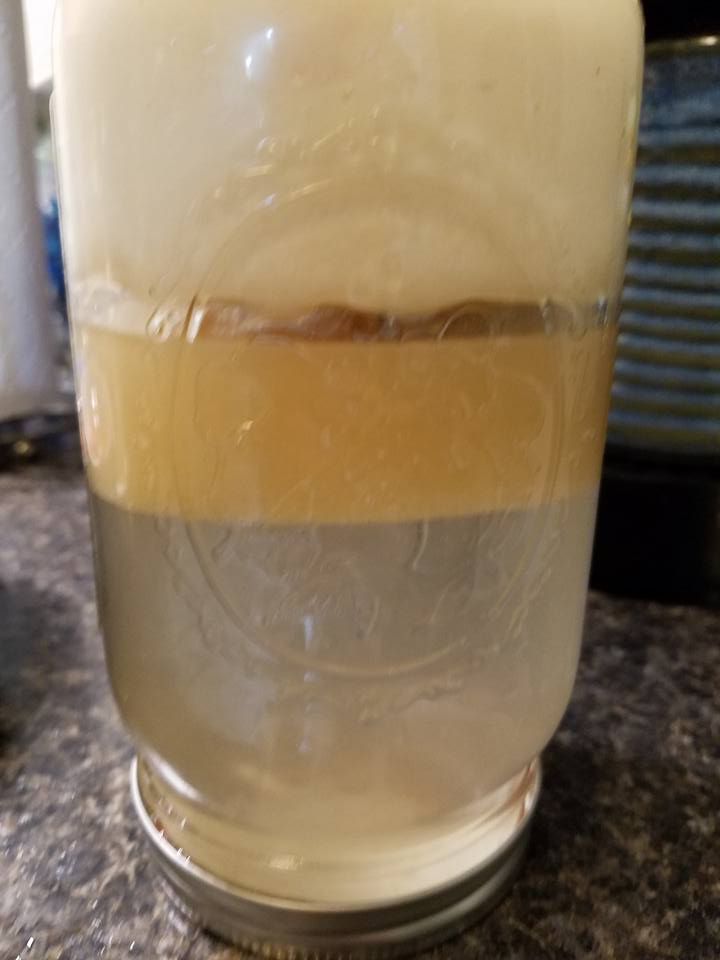 Inverted jar with fat rising to the "top"

(Why tighten the lid and carefully invert the jar? Well you see, the hot water is putting the jar under pressure as it releases steam. If the lid is not on tight and you roughly handle the jar, the steam may find the weakness in your seal and explode fatty bacon water all over. Just a warning...)

Watch the jar, over time the fat will rise to the top and the water to the bottom. The water will be brown and murky. The soap should be whiter/creamier colored then when you started. Since the jar is inverted, when the fat is solidified you will be able to pour the murky water off and be left with the soap on the bottom of the jar. The brown bits may be attached to the fat, but you can scrap these off with a spoon. Store in the fridge (or counter) until you are ready to use.

When I am ready to make soap, I will have clean rendered fat ready to go. If you still find particulates in your fat, you could run the fat through a cheese cloth but I hardly need to. The fat should be creamy or white colored, odorless and free from brown bits. Perfect for homemade soap. (Stay tuned for my soap recipes.) 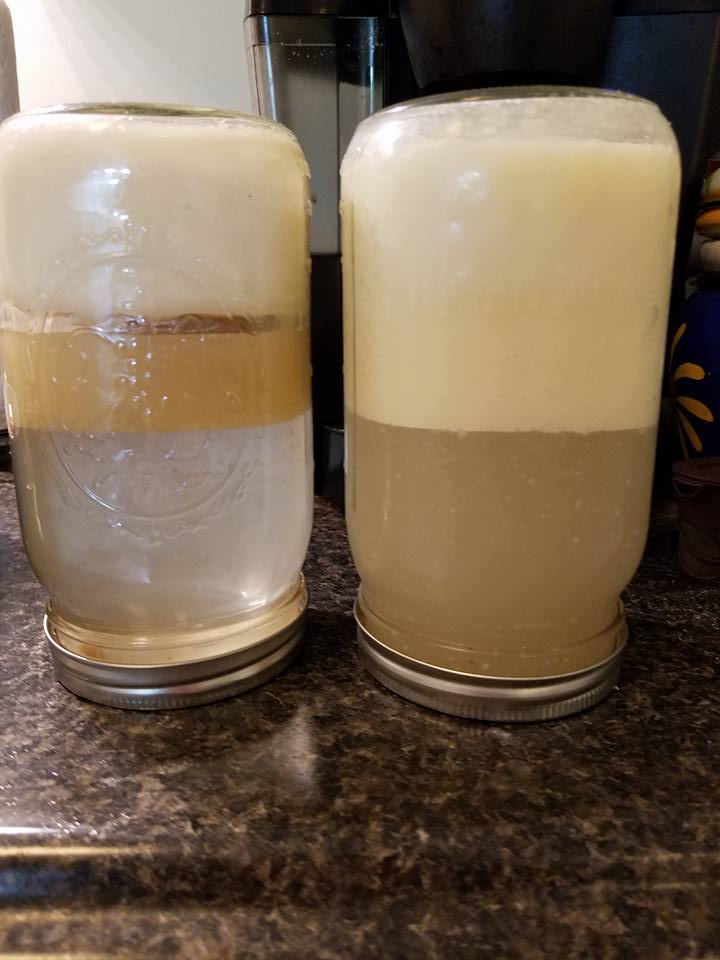 Sometimes, I will see a really good deal on suet from the grocery store. This is fat that is raw and have no been cooked (like your bacon fat). This fat needs to render down to remove the tendons and meat. For this form of rendering fat, I get out my trusty crockpot. To render fat from the butcher:

This method will result in cleaner, snowy white fat. This is because it wasn't cooked and doesn't need to be cleaned the same way bacon fat needs to be cleaned (see above to clean cooked bacon fat). Why did I say to save the browned bits? 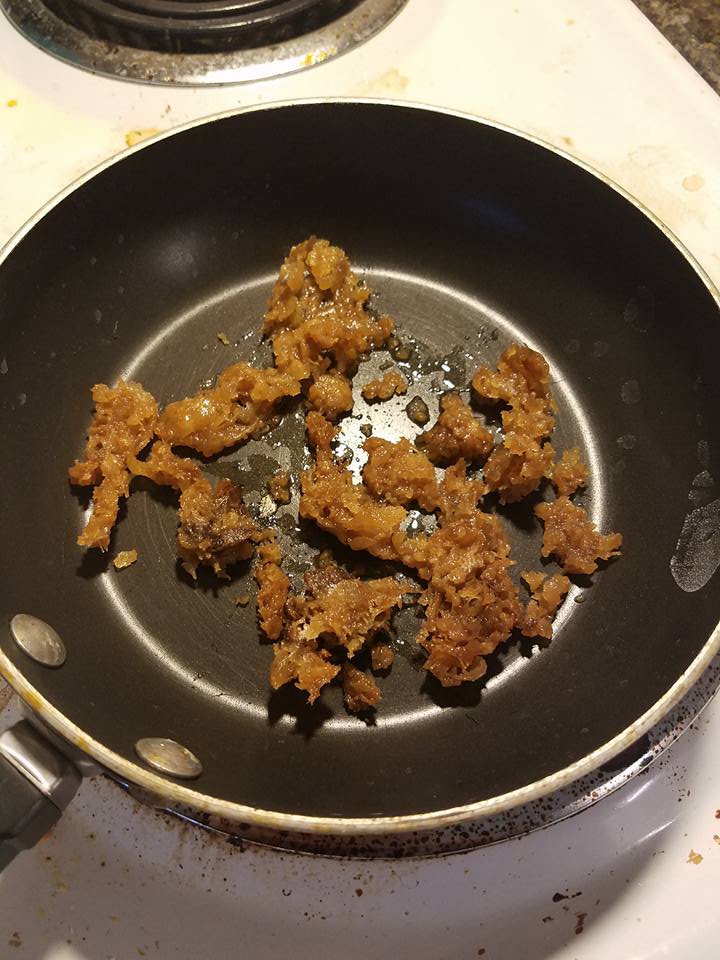 Note: Cracklings from pigs taste way better than cracklings from a cow. Just saying their way be a reason we don't make bacon from cows...

These are the two ways I render fat for soap making. I save the fat from cooking and save the fat the butcher would throw away. But processes give me a clean soap I use to make soap, that Tim and I enjoy using. Thank for reading and learning with us.

Join in the conversation. Have you ever rendered fat using either of these methods? Do you use another method?